Combining mythology and modernity in The Immortal (Người Bất Tử), director Victor Vu creates a suspenseful, action-packed film. Dinh Ngoc Diep plays An, a mother haunted by horrific dreams that she believes can unlock the secret to saving her sick daughter’s life. Overcoming her fears, An is forced to make conflicting choices and relies on her instinctive survival skills. Hung, played by Quach Ngoc Ngoan, once dreamed of an idyllic life devoted to his fiancé, only to be faced with betrayal and an obsession of what could have been. Forever changed, Hung becomes a formidable figure who is motivated by wealth and invincibility, finding it hard to resist the temptation for eternal life. Their past and present lives intersect as their vulnerabilities are revealed and in their quest for the truth, they realize their physical and mental capacities for good and evil. They also learn that protecting their loved ones and avenging their enemies comes with unforeseen risks and irreversible consequences.

Known for his epic sagas, award-winning director Victor Vu again shows his versatility in crafting an ambitious narrative that spans three centuries. In addition to the accomplished cast, this film seamlessly combines fantasy and realism with impressive special effects and the noteworthy cinematography captures the stunningly beautiful, Vietnamese countryside. The Immortal tells a compelling story of the supernatural and the afterlife, but it also generates provocative questions about the value of meaningful relationships and human interconnections. – Linda Trinh Vo 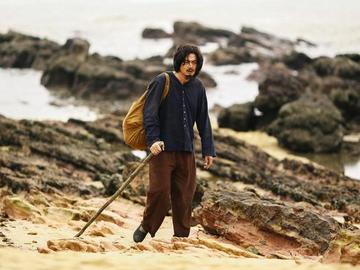