Centering on the story of a queer second-generation Vietnamese American woman, this film explores the collapsing and intersecting realities of heartbreak: from romantic partnerships, to families, to nation states.

Seadrift is a small town located on Texas’ Gulf Coast, a few hours drive from San Antonio and Houston. In 1979, the previously unassuming crab fishing community was thrust into the national spotlight. The controversy that ensued is examined in Tim Tsai’s documentary feature Seadrift (Tsai’s directorial feature debut). Before that unwanted attention, Seadrift saw many Vietnamese refugees move into town, hoping to restart their lives catching crab. The Vietnamese fishermen – unfamiliar in Seadrift’s fishing customs and local fishing territory – attracted the xenophobic ire of many white fishermen and their neighbors. The situation between the white and Vietnamese fishermen escalated, culminating into a fatal incident that attracted the attention of the Ku Klux Klan (KKK).

The Klan’s presence – intended to intimidate the Vietnamese residents, influenced by disturbingly contemporary racist rhetoric, and condemned by Seadrift’s residents (the Klan had stoked fear among the Vietnamese and forced the non-Vietnamese to reckon with their attitudes towards the town’s newest residents) – sets in motion a process of cultural communication, forgiveness despite unthinkable loss, and acceptance. Tsai’s film relies on numerous interviews with Seadrift residents, who were initially reluctant to speak on-camera. Yet in his persistence, Tsai unpacks both the Vietnamese and non-Vietnamese perspectives. Today, Seadrift is not looking to forget the violence and intimidation that occurred, but to embody the empathy and compassion absent forty years ago. - Eric Nong 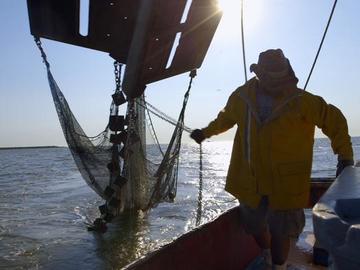