Made in Vietnam documents the personal journey of a young Canadian Vietnamese filmmaker, Thi Vo, who searches for his father in Vietnam. He came to Canada as a refugee with his mom, but has not seen his father since escaping the country. Now, he wants to reconnect with his father, but lacks information about his whereabouts. Thi’s mother provides his only clue, a contact of a family friend. Thi travels to Vietnam with his friends, who are part of the film crew, with high expectations. Formed as a narrative feature with a three-act structure, Made in Vietnam reveals Thi’s day-by-day heartfelt journey in Vietnam and the difficulty of reliving his memories. In the process, Thi learns a tremendous amount about his emotional resiliency as he experiences the positive and negative aspects of his search. Viewers can relate to his feelings of desperation as he attempts to find clues about his father’s situation as well as those moments of hope when he reconnects with relatives. Through his father’s friends who are involved in Vovinam, a Vietnamese martial arts, he realizes where he comes from and his family’s place in history. As a filmmaker, Thi has a sharp sense of visuals, which shows in his photography and editing, and is a skilled storyteller. This is a heartwarming documentary about one family’s journey and conveys an important story about the Vietnamese people. - Phan Gia Nhat Linh 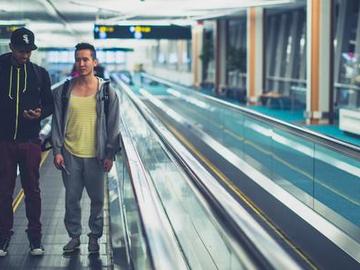