Flagged is a short documentary illustrating the social fragmentation of Vancouver’s Vietnamese community, especially the younger generation. Interviewees offer their perspective on the controversial “freedom and heritage” flag (the flag of South Vietnam) that has been used to represent Vietnamese diasporic groups — confronting an unspoken political tension that could divide generations if the issue remains unaddressed.

"While I breathe, I hope" is a paraphrase from a Latin idiom and the state motto of South Carolina. As the title of director Emily L. Harrold’s documentary about politician Bakari Sellers of South Carolina, it reflects a steadfast belief that, even when the legacies of human injustice loom large, sociopolitical justice can be achieved. While I Breathe, I Hope, co-produced by Xuan Vu, follows Sellers, an African American, in his 2014 campaign to become South Carolina’s Lieutenant Governor. While on the campaign trail, Sellers confronts the racial dynamics of being a black politician in the American South.

During production in June 2015, while this film was originally envisioned to end with the conclusion of Sellers’ campaign, a white supremacist murdered nine African Americans at Emanuel African Methodist Episcopal Church in Charleston, South Carolina. As a self-described “child of the Civil Rights movement," Sellers responded to the massacre and the horrific mindset behind it with gravity and eloquence. How he viewed and reacted to other racially-tinged events stems from his education and his upbringing. White supremacy, present before the United States’ founding, has been emboldened in recent years. Through the life of one politician, While I Breathe, I Hope showcases a deeply personal response to these momentous changes. - Eric Nong 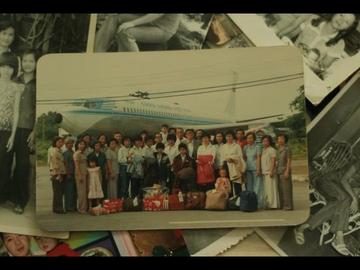